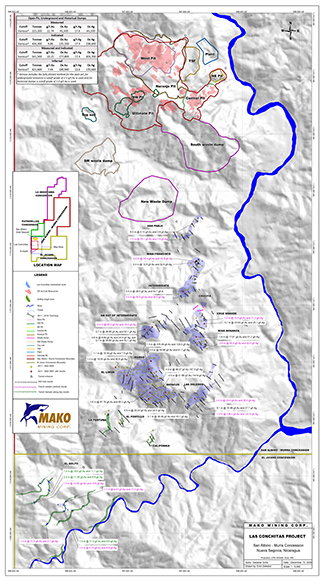 Exploration activities by the Company identified at least seven highly mineralized structures within the Las Conchitas area, with strike lengths ranging from 500 m to more than 1 km, all located within a roughly 2.5 sq. km area.

These are excellent preliminary results and are comparable to those reported for the San Albino Gold Deposit. 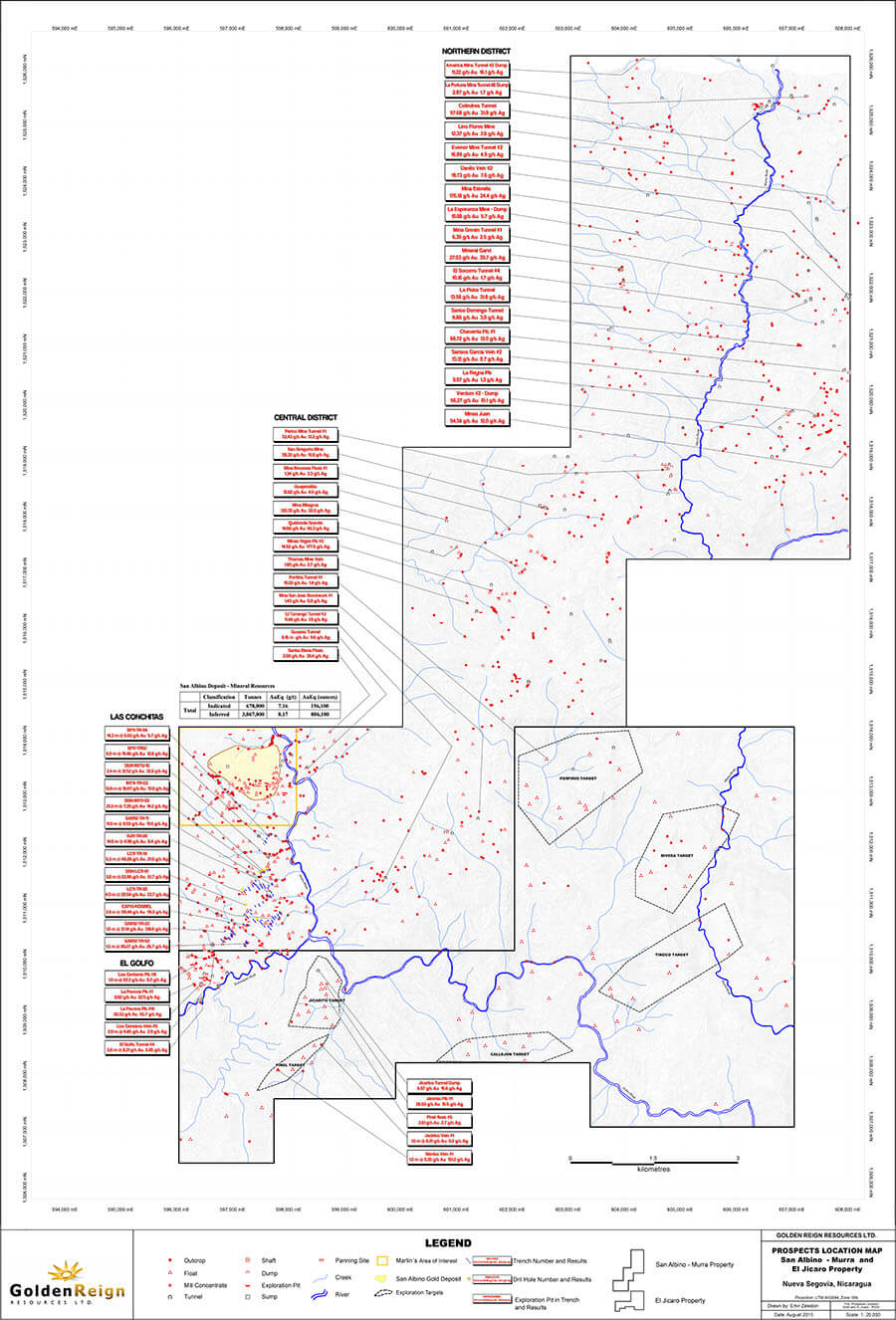 In October 2012, Mako acquired the nearly 5,100-hectare El Jicaro Concession, which lies contiguous to the south of the San Albino-Murra Concession. Historical mining and production in this area, primarily at the El Golfo mine in the early 1900s, was ongoing while the historic San Albino mine was being developed. The El Golfo mineralization is on strike with that of Las Conchitas area to the north.

Preliminary sampling of veins indicates that they are similar in size and grade to Las Conchitas and San Albino. The Company recently received an environmental permit to conduct 100,000 m of drilling and 20,000 m of trenching.

The historical El Golfo mine is the most advanced area within El Jicarro. Until it was flooded in 1915 and rendered useless, the El Golfo stamp mill operated with stamps of 20 by 500 pounds, processing ore with a mill head grade of 21.56 g/t Au (0.63 ounce per ton). Flooded underground workings later collapsed, ending all activities at the mine. A large portion of mineralized rock from these partially mined veins is still present. (1)

A reported 16 gold-bearing veins were outlined by surface and underground workings, with a strike length of up to 150 m and vein widths ranging from 5 cm to 4.5 m. Mineralization is similar to that at the San Albino Gold Deposit. Some of the veins were developed by tunnels, but only a small portion of the mineralized veins was actually mined out. Mineralized pillars left in the mined-out areas would be recoverable in an open-pit mining scenario. Most of the veins are untouched.

Sampling of Historical Mines and Workings

At a number of historical showings—Mina Estrella, Santos Garcia, Veta Danilo, Mina Chevarria, and Cata Reyna—old mine adits have been opened and the veins exposed. Specifically, samples have returned the following grades and thicknesses as follows: